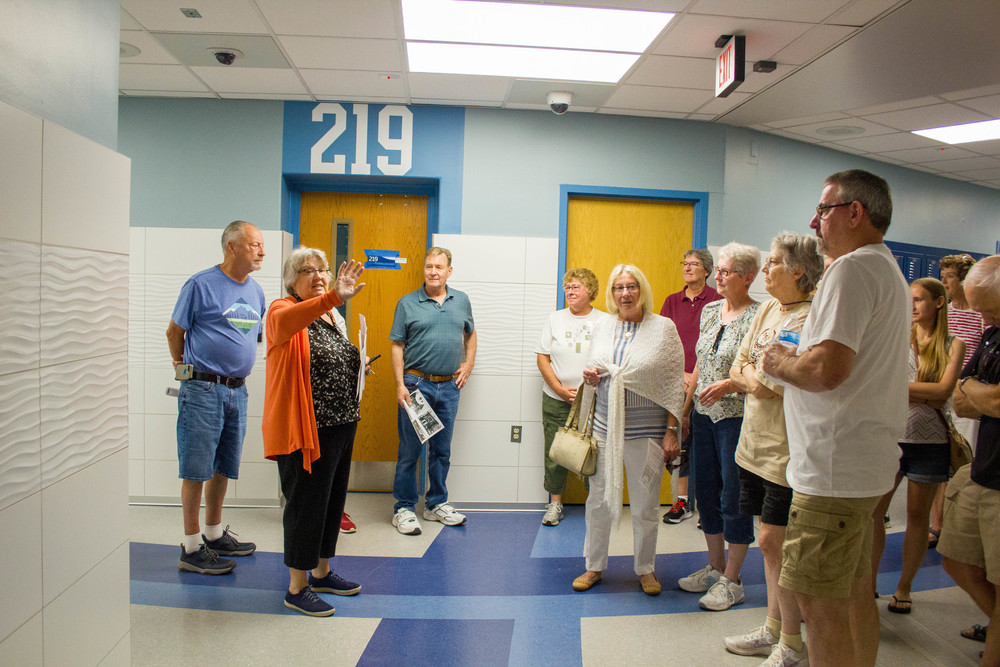 During Arkport Summerfest weekend, the Arkport Alumni Association conducted a tour of the school building to showcase building improvements. With each classroom they toured, alumni reminisced about memories of former teachers and their time spent as students in the classrooms, while appreciating how the building has evolved over time. 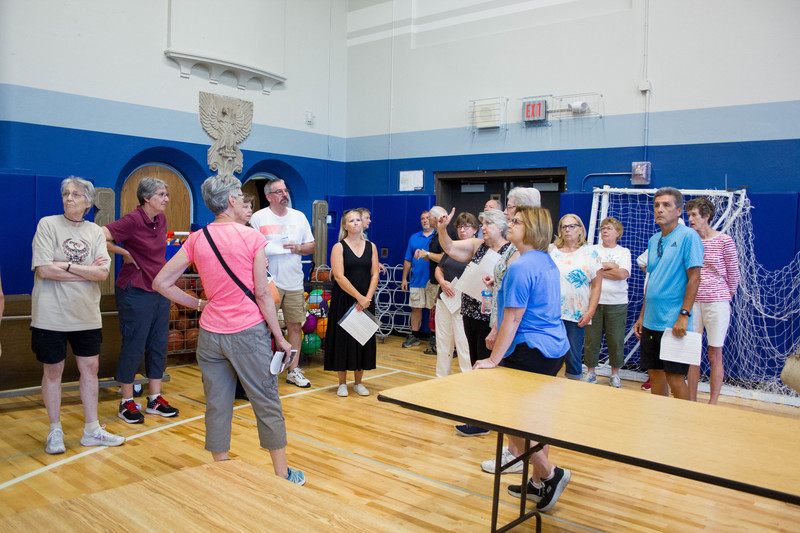 Constructed in 1936, the school building originally consisted of 17 classrooms, the principal’s office, a combination gymnasium and auditorium and a music room that doubled as the cafeteria. Construction was completed in the spring, in time for the graduating class of 1937 to be the first to have their commencement ceremony in the auditorium.

Over the years the school building has undergone many additions and renovations to meet the growing needs of the district. Most recently, the offices were centralized, many bathrooms and hallways were updated, main office security was increased and the original gymnasium was renovated to add functionality. These improvements have enabled the Arkport Central School District to continually meet the ever-changing needs of its students, just as it did in 1937.